UPDATE (2/1) — Mary Tyler Moore‘s heartbroken husband, Dr. S. Robert Levine, has spoken out for the first time after his wife’s tragic death. Her husband of 33 years, Levine was reportedly by her side on Jan. 25, when the Hollywood legend sadly passed away at age 80 from cardiopulmonary arrest after contracting pneumonia.

“I can’t believe she is gone. Mary was my life, my light, my love. The emptiness I feel without her with me is without bottom,” the 62-year-old cardiologist told People in a candid interview.

“She was a force of nature who fiercely defended her autonomy even as her health was failing. Mary was fearless, determined, and willful. If she felt strongly about something, or that there was truth to be told, she would do it, no matter the consequences,” he also said.

Moore met Levine–who is 18 years her junior–in the early 1980s after Levine was a fill-in doctor for Mary’s mother. They were married in November 1983.

“She was kind, genuine, approachable, honest, and humble. And she had that smile. Oh, to see her smile that smile, just once more,” he continued to People. “As long as we all remember her, talk about her, share our stories about her, and what she meant to us, her light will never go out,” Levine added.

How true his beautiful words are! Rest in peace, Mary. We’ll keep your beloved husband in our prayers.

(1/27/16) — When Hollywood legend Mary Tyler Moore sadly passed away Jan 25. at the age of 80, her husband, Dr. Robert Levine, was at her side. Turns out that was nothing new; Levine had been by her side through many of the actress’s ups and downs during their 33-year marriage, including diabetes, brain tumors, and alcoholism.

They were utterly devoted to each other, friends say. And, as it turns out, they had one of the sweetest love stories we’ve ever heard.

Moore was married twice before she met Levine, first to producer Richard Meeker and then to television executive Grant Tinker. In 1982–two years after the tragic death of her only child, 24-year-old son Ritchie–Moore finally met the man with whom she would spend the rest of her days. 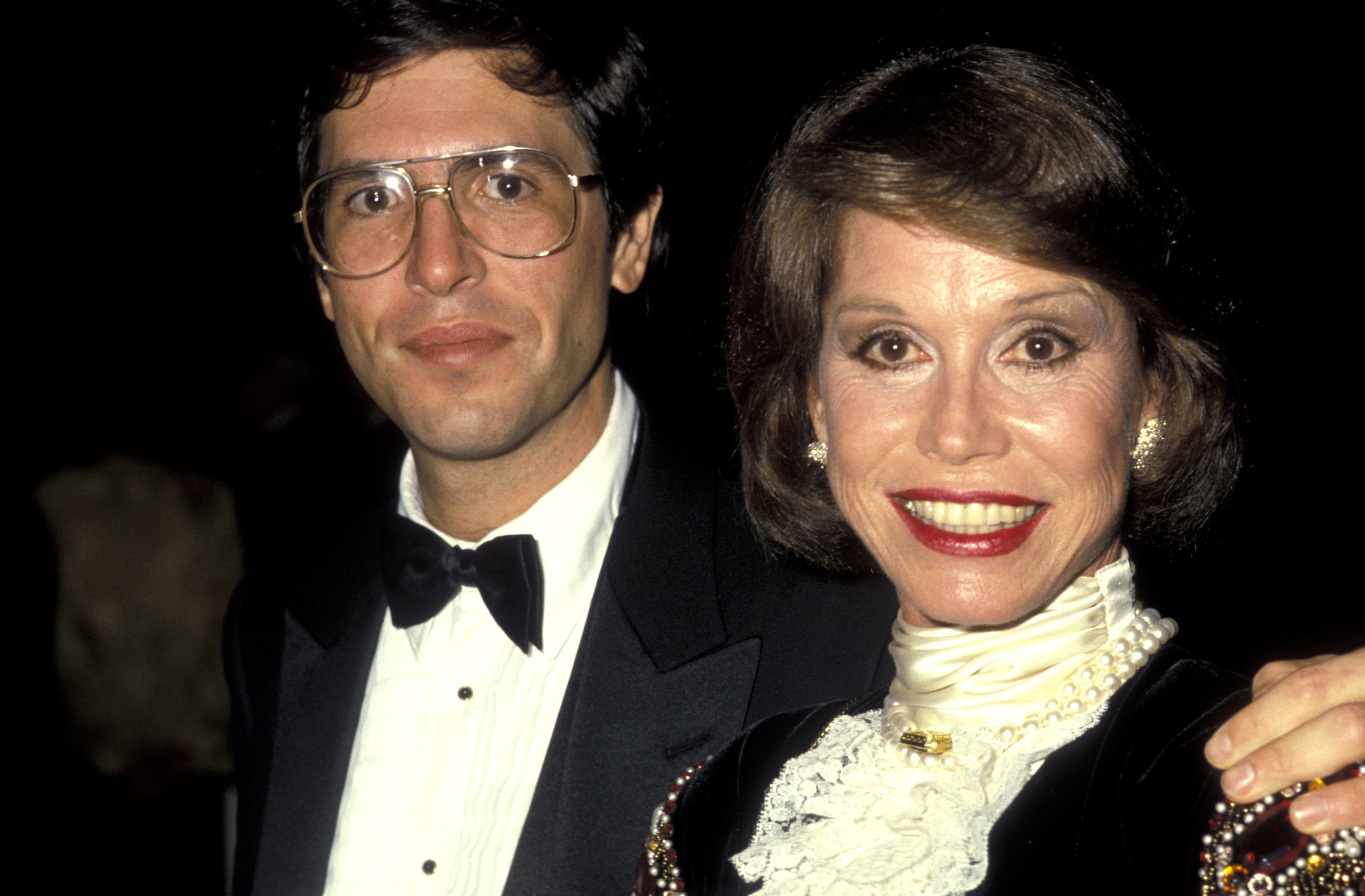 The adorable way they met is making us smile through our sadness about Mary’s passing. The reason they came into contact? Pure serendipity: Levine was his future mother-in-law’s fill-in doctor.

Back in 1982, Moore’s mother, Marjorie, had gotten sick with severe bronchitis. The actress called her mom’s regular doctor, who was unavailable, and was instead connected with Dr. Levine, who was on call that day.

How sweet is that? We love a good cheesy pickup line, and we’re so impressed that Mary was the one to make the first move!

A few days later they made a dinner date, which led to many more dates. Soon, the actress was inseparable from Levine, who is 15 years younger than her. 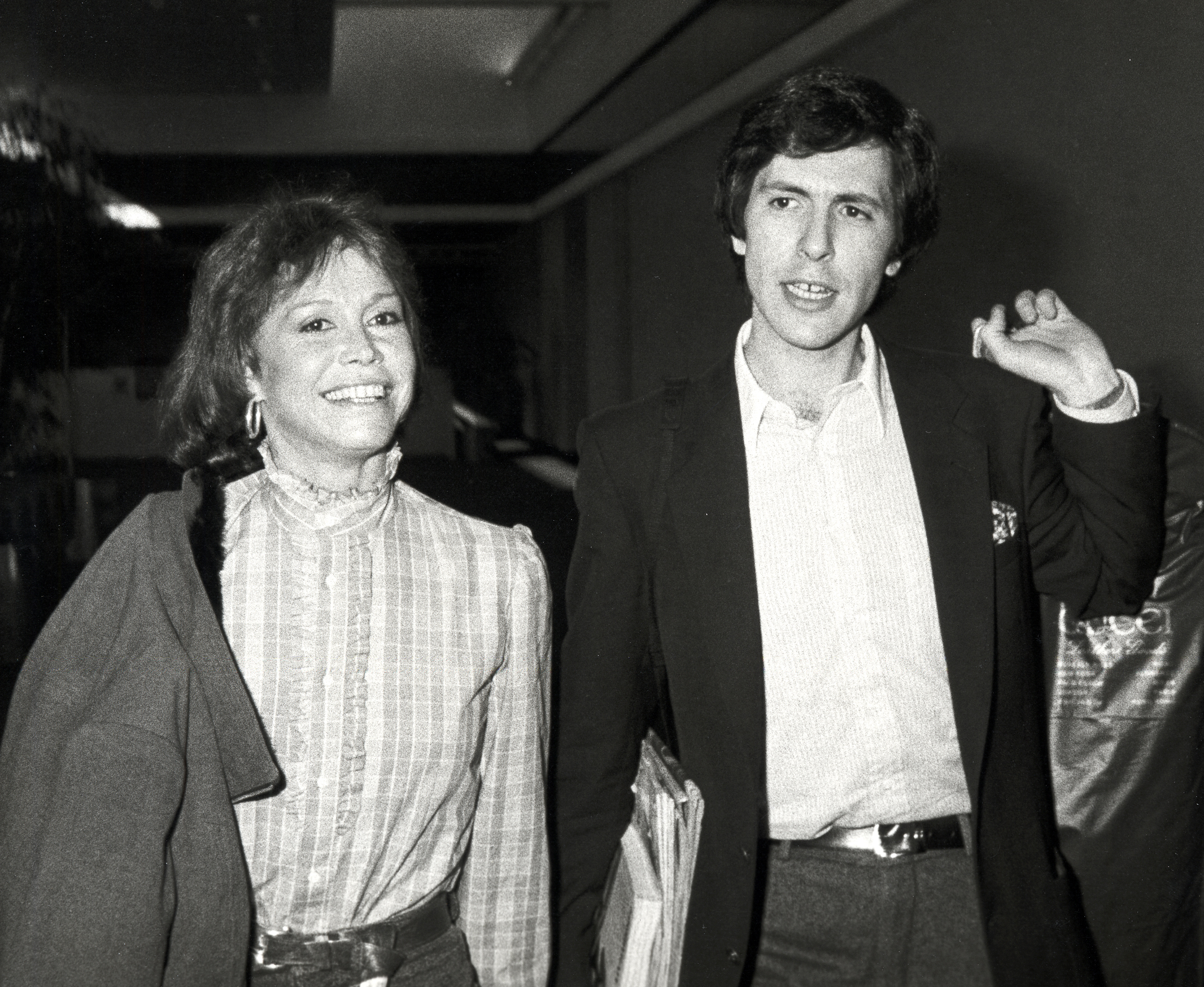 Friends describe Levine as a deeply caring, supportive husband who traveled to be by Moore’s side while she filmed various projects over the years. He also stood by her side through her health struggles with both type 1 diabetes and alcoholism, both of which she has been open about. They also worked together to champion the Juvenile Diabetes Research Foundation, a cause that was dear to Moore’s heart.

“He makes her feel cherished,” said Moore’s longtime costar and close friend Valerie Harper to PEOPLE. Harper was a bridesmaid at their 1984 wedding.

Farewell to a legend

Moore’s comedic talents and all-American beauty made her a Hollywood icon. The Emmy Award-winning actress’s star-turn in The Mary Tyler Moore Show, a 1970s comedy about the life of a professional single woman, was considered a cultural and feminist milestone.

Moore’s longtime rep, Mara Buxbaum, issued a statement to TMZ saying, “Today, beloved icon, Mary Tyler Moore, passed away at the age of 80 in the company of friends and her loving husband of over 33 years, Dr. S. Robert Levine. A groundbreaking actress, producer, and passionate advocate for the Juvenile Diabetes Research Foundation, Mary will be remembered as a fearless visionary who turned the world on with her smile.”

NEXT: Aww! See the most romantic ways other celebrity couples first met.