There’s no denying the world is keeping a close eye on the Cambridges in the hopes they’ll announce a little Prince or Princess is on the way, particularly after Duchess Catherine’s most recent and very exciting comments.

But an organization called Having Kids is hoping that Wills and Kate “consider forgoing” giving Prince George and Princess Charlotte a sibling. In an open letter they’ve penned for the pair, the group warned the couple of the environmental impact that may follow should they choose to expand their brood.

MUST-SEE: Kate Middleton Has Been Sneakily Upgrading Her Style Right in Front of Our Eyes 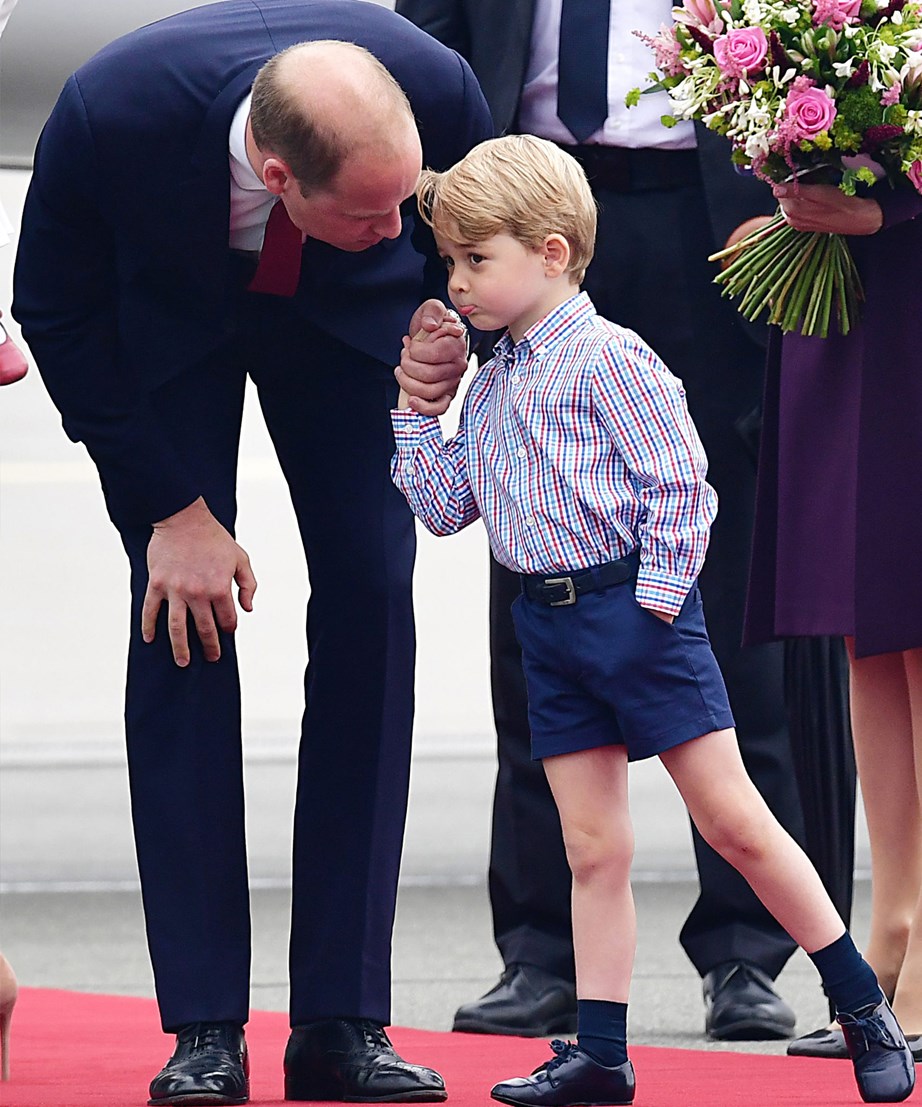 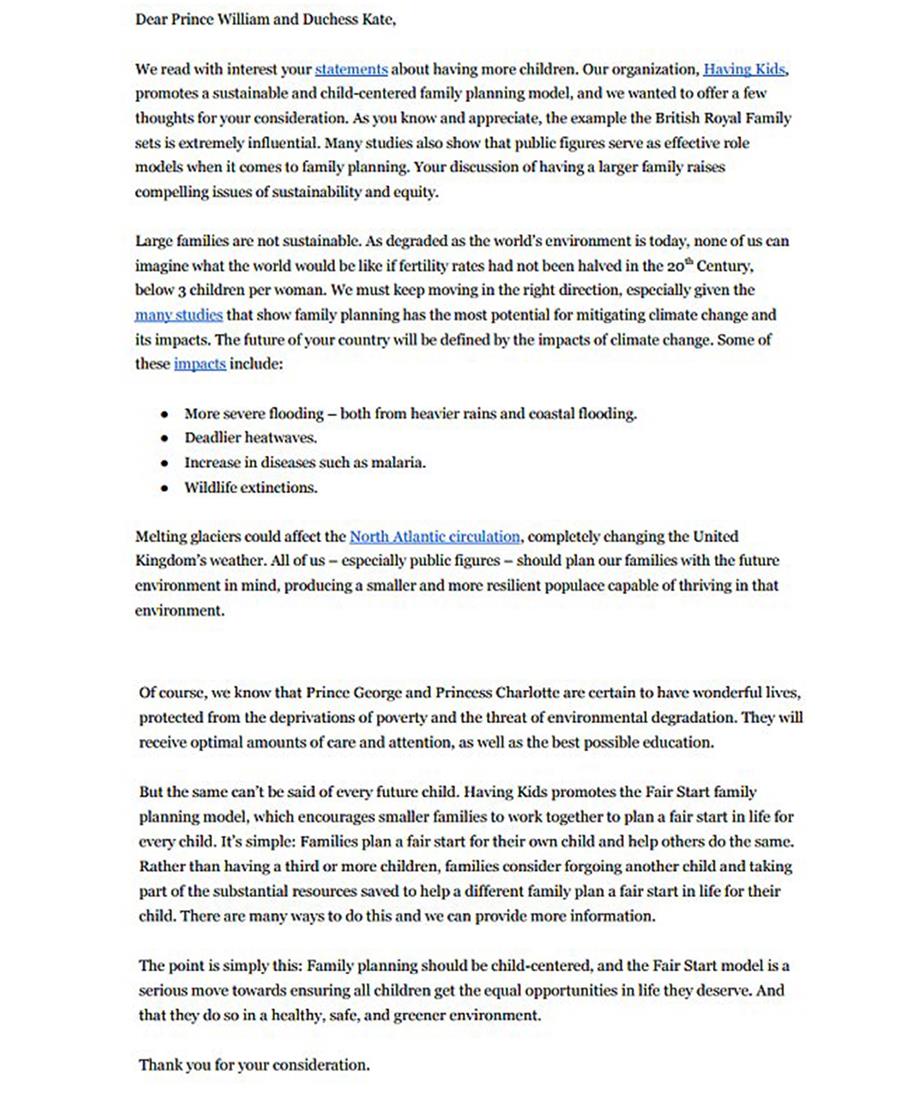 “All of us – especially public figures – should plan our families with the future environment in mind, producing a smaller and more resilient populace capable of thriving in that environment,” the letter says, adding that the British Royal Family poses a heavy influence on the population.

“Of course, we know that Prince George and Princess Charlotte are certain to have wonderful lives, protected from the deprivation of poverty and the threat of environmental degradation.

“They will receive optimal amounts of care and attention, as well as the best possible education. But the same can’t be said for every child,” the letter continues.

See Prince George’s cutest moments in the sweet video below.

Having Kids executive director Anne Green says: “William and Kate have a tremendous opportunity to model their choice of having a smaller family.

“By doing so, they set an example as to what has the most potential for mitigating climate change and its impacts, including severe flooding, deadlier heatwaves, increase in diseases, and wildlife extinctions.”

Green went on: “Given the vast economic inequalities in the world today, the couple also has the opportunity to model a simple principle: That every child deserves a fair start in life”. 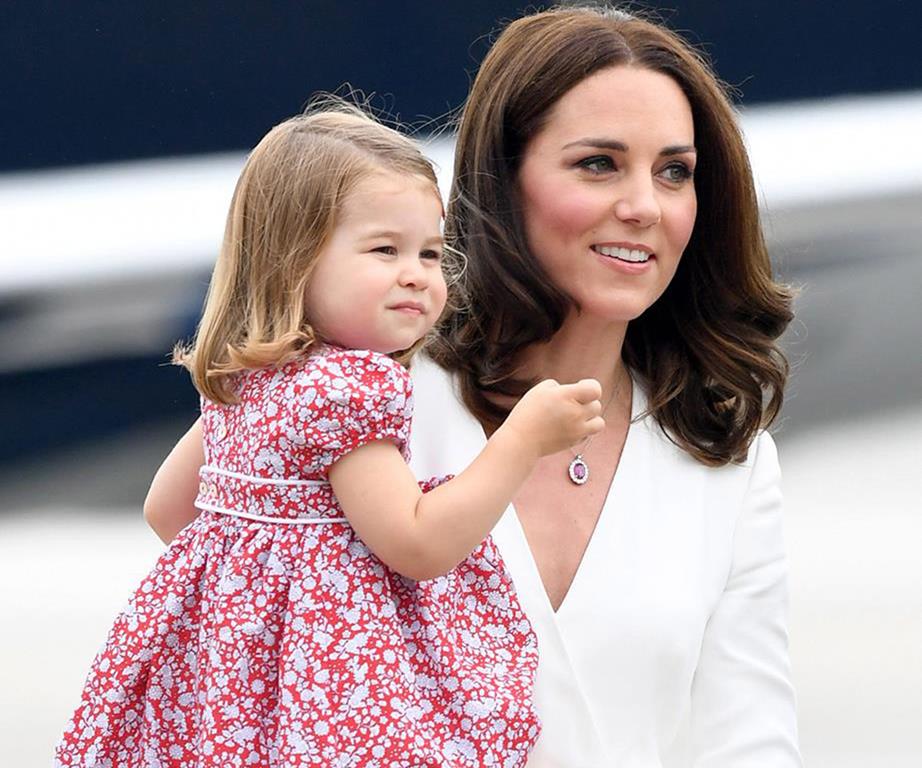 However, it would seem that the general public is far from in agreement with the controversial message the group is trying to send the royal family.

“This is beyond the most ridiculous thing I have ever read. If someone wrote a letter to me suggesting how many children I should have, regardless of my societal status, I’d be sure to kindly return the letter, straight into their a–,” said one follower.

The letter comes after Kate made an off-handed joke to husband Prince William while on an engagement during their most recent royal tour.

MUST-SEE: Did You Catch the Hidden Meaning in the Royal Family’s Tour Outfits?

While greeting fans in Warsaw, Poland, the 35-year-old was given a present for a newborn baby.

According to a royal correspondent on the scene, after accepting the gift, Kate reportedly turned to Wills and joked, “We will just have to have more babies!”

This post was written by Katie Skelly. For more, check out our sister site Now to Love.

NEXT: See Prince George and Princess Charlotte’s cutest sibling moments in the adorable photos below.