In a display of respect, Duchess Catherine curtsied to Her Majesty The Queen as she arrived to kick off an Easter church service in Windsor on April 16.

Passing her grandchildren on her way into St. George’s Chapel, Kate elegantly slipped one leg behind the other in a swift bob, while grandson Prince William bowed his head with a loving smile on his face. 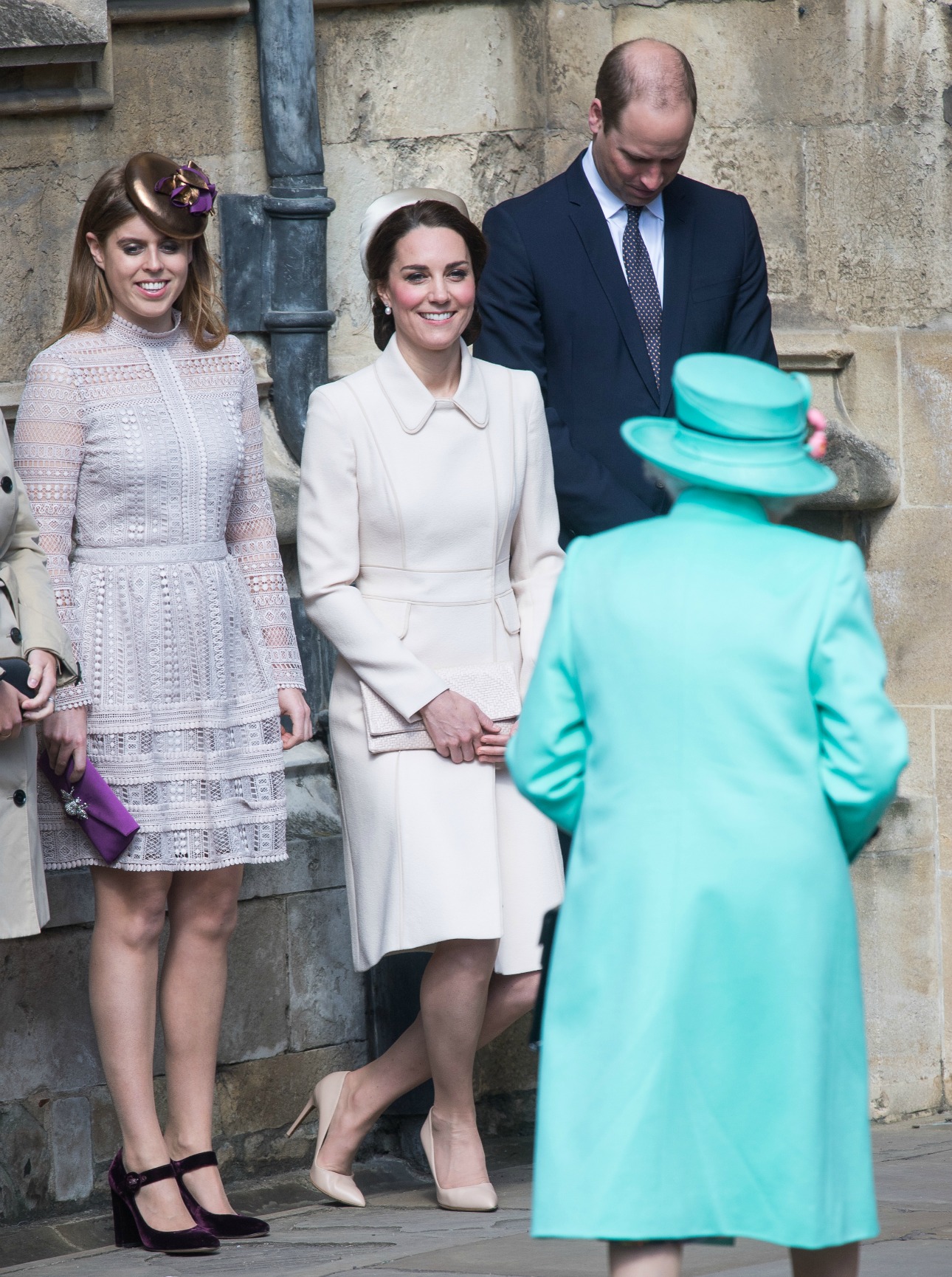 MUST-SEE: Prince Charles “Wasn’t Pleased” With These Kate and William Photos, But We Think They’re Lovely

It is said that the 35-year-old always greets Britain’s longest reigning monarch with this gesture, however it’s not usually performed in the public eye, as it only occurs during the first time they meet in the day.

While Prince Harry opted out of the family commitments to spend the day with girlfriend Meghan Markle in her Toronto home, his place was assumed by granddaughters Princess Beatrice and Princess Eugenie. The sisters looked bright and summery in neutral hues as they chatted to Princess Anne’s daughter-in-law, Autumn Phillips.

But the title of best dressed undoubtedly fell to The Queen herself, who lit up the day of celebrations in perhaps one of her brightest ensembles yet. In a turquoise coat and skirt, Elizabeth waved to royal onlookers before accepting a colorful bouquet from some of the children in attendance.

Smiling as he watched on was husband Prince Philip, who appeared to be in good spirits after falling ill earlier in the year.

Also in attendance was Prince Edward and his wife Sophie, the Countess of Wessex, who made a family day of the occasion by bringing along son James and daughter Lady Louise Windsor, 13. The Queen’s youngest granddaughter has grown to be a stunning young lady after stealing the hearts of many, playing the role of flower girl at Prince William and Kate Middleton‘s 2011 wedding.

This post was written by Katie Skelly. For more, check out our sister site Now To Love.

Next: Check out these photos that prove Kate Middleton and Queen Elizabeth have the best relationship.