We all know Adele is fiercely committed to her man, Simon Konecki–just as dedicated as she is to her fabulous music. The Grammy award-winning singer has made no secret to fans and followers about how much she loves her significant other, with whom she shares a young son named Angelo. She even has said she believes her relationship with him is the “ultimate love story.”

Considering the grand gestures Simon has made for her, including replacing her concert confetti with his love notes back in 2016 to celebrate their fifth anniversary, it’s evident that he feels just as strongly about her. But that hasn’t stopped the couple’s fans from guessing and speculating over the years about one simple, burning question. 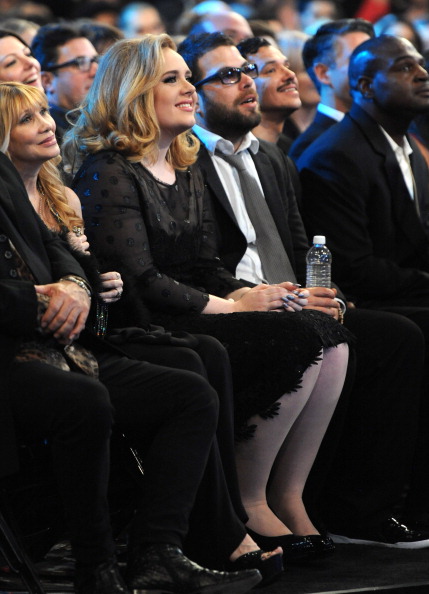 Well now, at long last, they finally have their answer. Adele confirmed onstage during a concert in Australia over the weekend that she is indeed married to Simon. And she did so in such a casual, yet so clever way! In other words, totally in tune with Adele’s overall personality.

She revealed the news while introducing her chart-topping hit “Someone Like You”–a breakup anthem, of all things.

“I was trying to remember how it was I felt at the beginning of the relationship that inspired that record,” Adele said. “Because as bad as a break-up can be and as bitter and horrible and messy as it can be, that feeling when you first fall for someone is the best feeling on earth, and I am addicted to that feeling. Obviously, I can’t go through with those feelings because I’m married now.”

Here’s what we know about Adele and her longtime love Simon Konecki: https://t.co/KzpGXPsKG4 pic.twitter.com/W5bjf2Y1DP

As for when they got married, that’s anyone’s guess. But many suspect that they officially got hitched around the Christmas season.

MUST-SEE: Adele’s New Diet Lets You Have Wine and Chocolate

In any case, now that the cat’s out of the bag, maybe we’ll get to see photos of their happy day soon? We can only hope!

NEXT: See the longest-lasting celebrity marriages below.