Every time Melissa McCarthy hits a red carpet, we can’t help but notice her weight loss! And Life & Style exclusively learned that the 47-year-old star has shed 75 pounds after switching to a sensible diet and exercising consistently.

The Bridesmaids actress jokingly said that her slim down is due to living “a super-boring life. You go to bed at 7:30 [p.m.] — that’s the trick.” But, in reality, she streamlined her portions, stuck with a high-protein, low-carb diet plan, and maintained a consistent exercise regimen.

Registered dietitian and author of The Active Calorie Diet, Leslie Bonci — who hasn’t worked with Melissa — says there “wasn’t any magic” to her approach. “What she did was prioritize her efforts in terms of thinking about what to eat and making time to prepare it. Protein and produce became the mainstays of her meals, and she was strategic about including smaller portions of carbs such as quinoa and fruit.”

The mother-of-two flaunted her thinner figure last month at the Hollywood Film Awards, where she showed off her figure in a black plaid top and leather belt that cinched her tiny waist. Scroll down for details about the transformation in her own words. 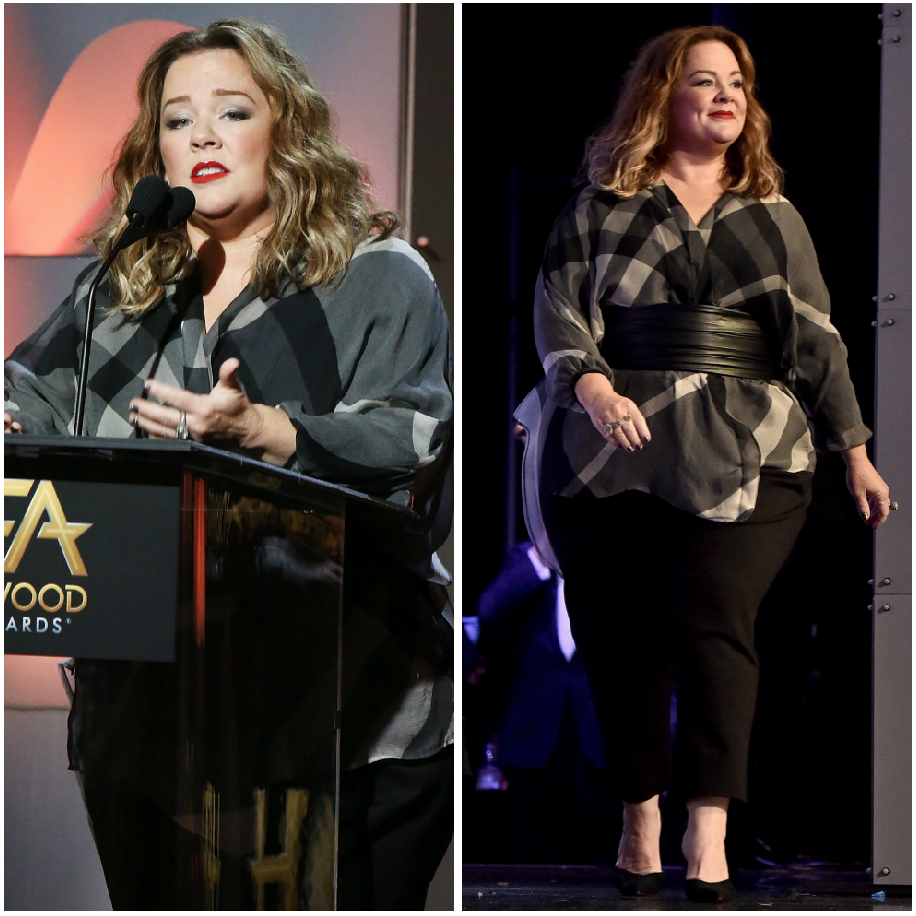 “I feel sexiest when I feel comfortable, when I feel most myself, when I’m not trying to be anything other than who I am,” she previously told People magazine. “[I love] all of it: my flaws, my shortcomings, my body parts that you’re like, ‘Well, couldn’t that be better?’ I think, especially after having kids, I go, ‘Well, the alternative is pretty bad. I’ll take me as I am.’”

How did Melissa McCarthy lose weight?

“I truly stopped worrying about it,” the Oscar nominee told Life & Style. “I think there’s something to kinda loosening up and not being so nervous and rigid about it that, bizarrely, has worked.” 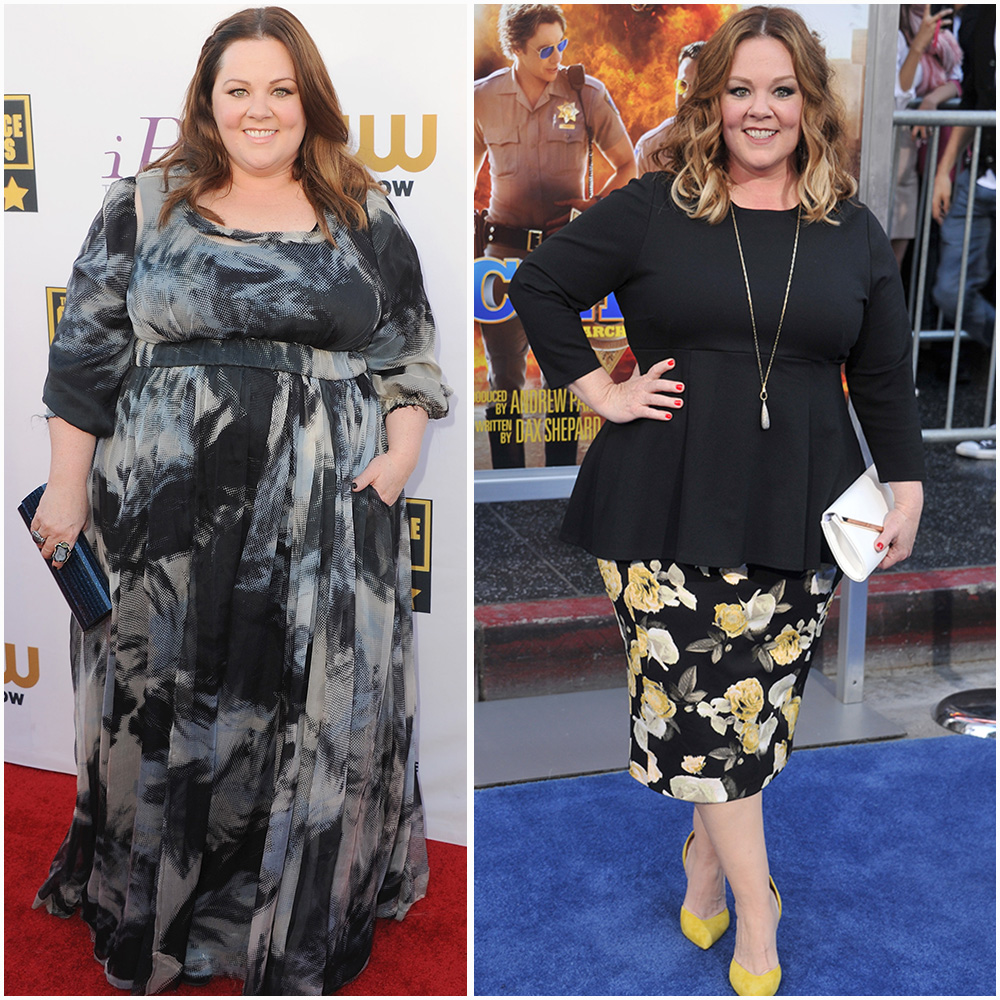 What does Melissa McCarthy weigh?

Although the Gilmore Girls alum has never revealed what number appears on the scale (and frankly, it’s nobody’s business except her own), she’s dropped 75 pounds. “It may be the best thing I’ve ever done,” she told Life & Style. “I feel amazing!”

Lifesum fitness expert and celebrity trainer to the stars, Joselynne Boschen, has praised Melissa’s commitment to her new diet and attitude, telling Life & Style, “When it comes to making incredible changes in appearance like Melissa has, consistency is key. The first two weeks are the hardest, but as soon as your cravings are gone and you’ve established a consistent routine, you’re in the clear!”

Scroll through the gallery below to see photos of Melissa throughout her career!